The Ghanem Holdings HQ is located near one of Qatar’s best known intersections, the “Ramada Junction” at the crossroads of C-Ring and Salwa Roads. Ramada Junction is a major gateway to Old Doha, Souq Waqif and Msheireb, with the now Radisson Blu Hotel, owned by Sheikh Ghanem, being one of Doha’s most recognisable landmarks.

The new Ghanem Holdings HQ is positioned about 100m east of the junction and is highly visible from the surrounding area. The views to the building are particularly dramatic from the Jaidah flyover driving west or approaching the Ramada intersection along Salwa Road in the opposite direction.

Developing a unique concept for the project, the design team looked at various local symbols and cultural objects as source material to create a powerful form and symbol for the development.

Underlying Qatar’s heritage is the unique relationship it has with the desert and the sea. Using the varied and unusual corals (including the distinctive mushroom coral) found around Qatar’s coastline as inspiration, computer models were created to explore and honour this relationship. 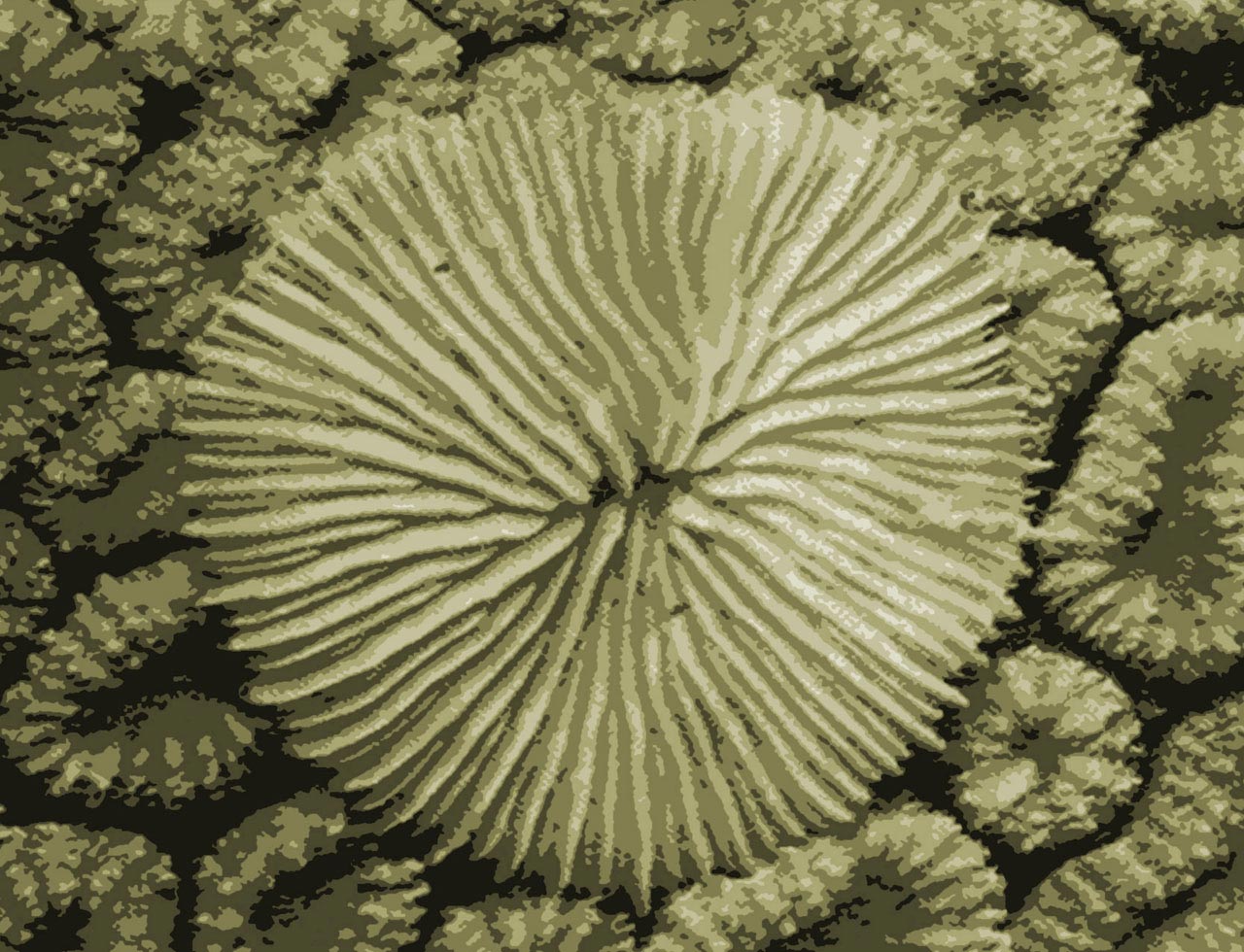 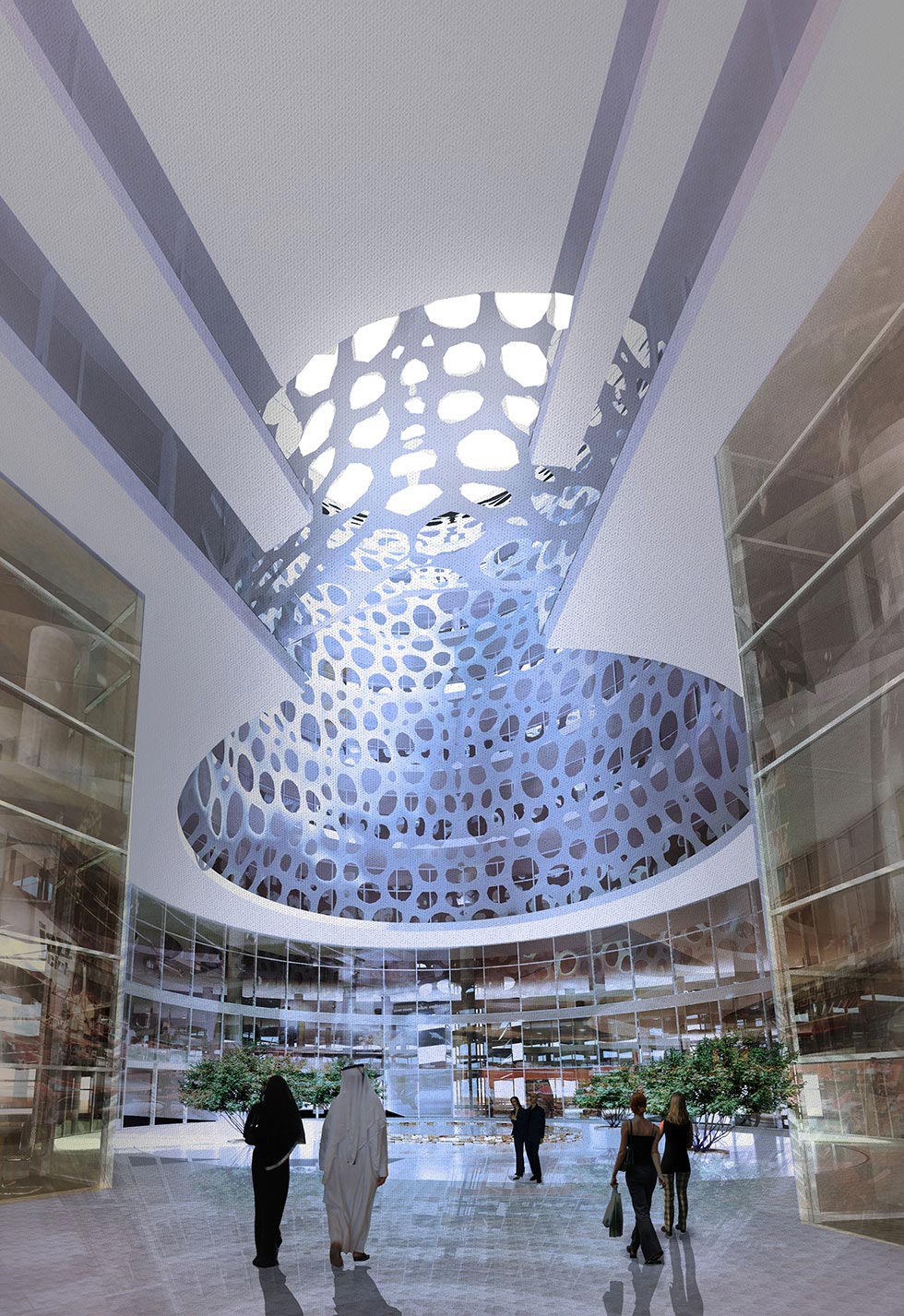 With two levels of retail at the base and seven levels of offices, Ghanem HQ requires a separation of public and private spaces. The building’s organisation in placing retail around a central courtyard and screening the office above adopts this principle, following traditional Arabic planning and architectural elements. Its Majaz (entrance) opens to the courtyard, and the atrium Malqaf (wind-catcher) is screened with mashrabiyyah (wooden lattice bay window).

The building’s programme is carefully controlled providing transitions and activities in a spatial hierarchy. Retail is accessible from the air conditioned inner courtyard, away from the sun’s heat, via the main entrance. This courtyard, lit predominantly by natural light from a skylight eight stories above, is intended to act as a public plaza activated with seating areas. The filtered light from the skylight playing across a seven story mashrabiyyah screen forms that dramatic separation layer between the building’s public/semi-public (retail & courtyard) and private/semi-private (office & walkway) spaces.

Behind the distinctive screen lie the office walkways, in a semi private transitional space, with openings in the screen giving people on the walkway glimpses of other office levels and the active public “street life” below. A further transition occurs between the walkway and the offices themselves; the glazed wall separating them contains a privacy blind in the cavity between the double glazings which is operable from the office side.

While having a predominantly glass skin, the external surface of the building is protected from the solar radiation by a unique shading system designed to shield the sun whilst allowing daylight penetration and importantly views out from the office areas. This translucent shading system is made from PVC mesh stretched by stainless steel cables and supported in tension on a custom aluminum extrusion.

The shading system is continuous at every slab level and will help reduce energy costs. The courtyard is an effective device to generate air movement by convection. The cooled air of the courtyard will rise until trapped by the warmer air under the skylight, which contains the cooled air at the lower level. The cooled air in the office walkways will also flow down, lessening the cooling load in the public areas. 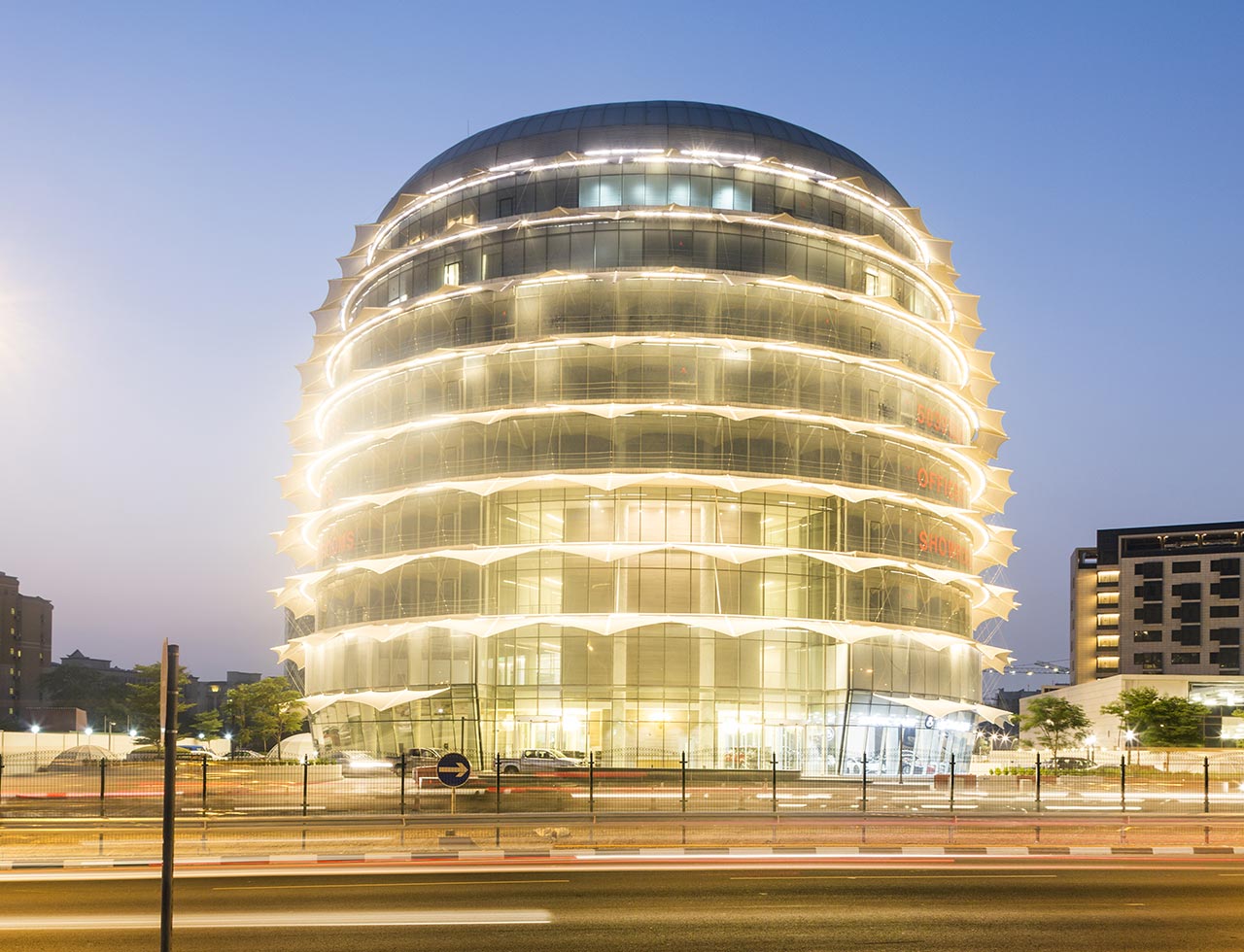 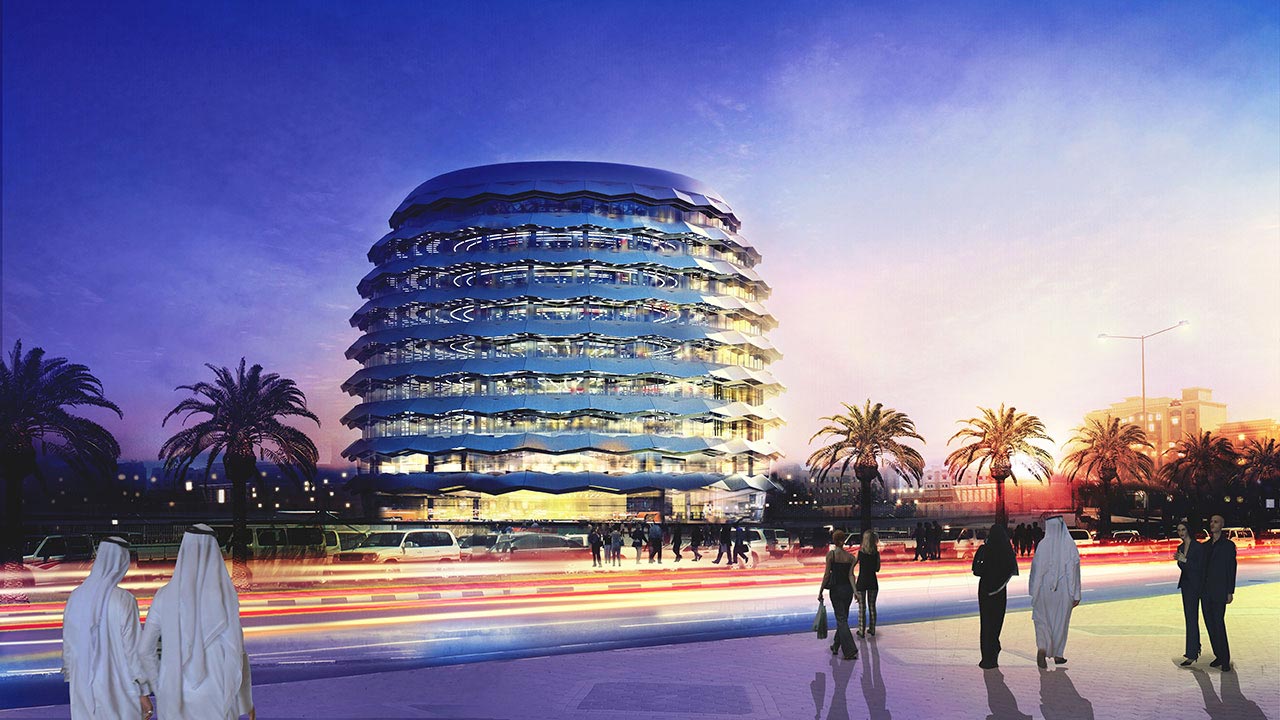 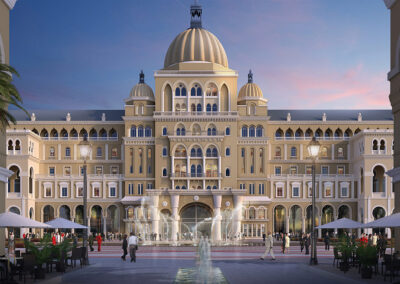 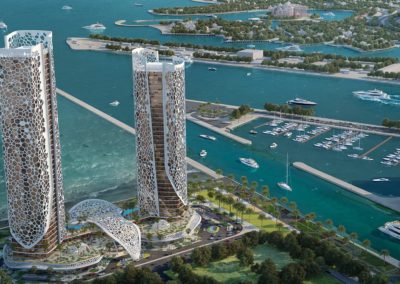 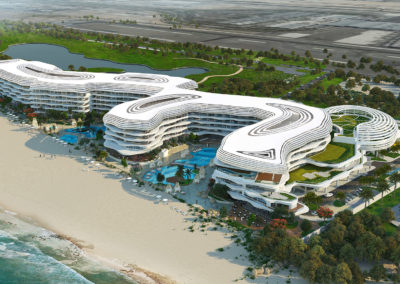 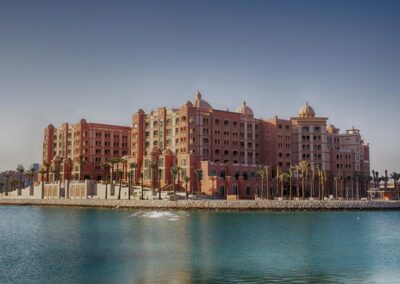 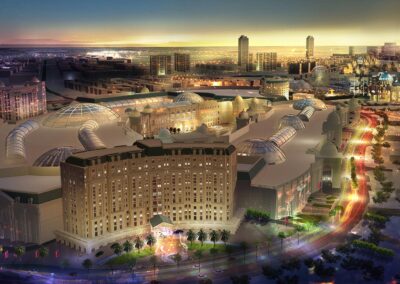 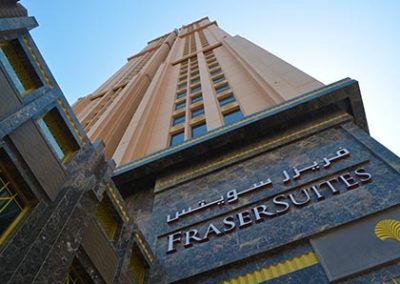 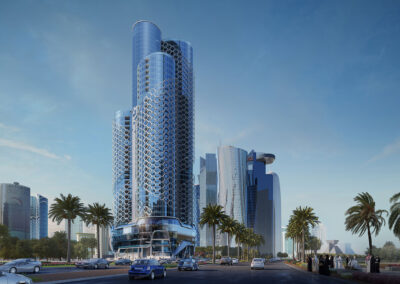 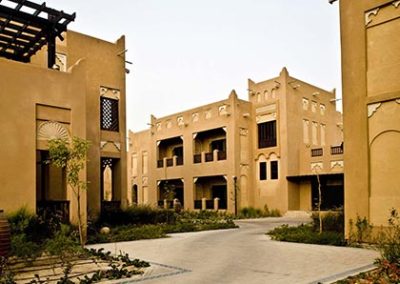