Our GCEO Speaks for Al Jazeera 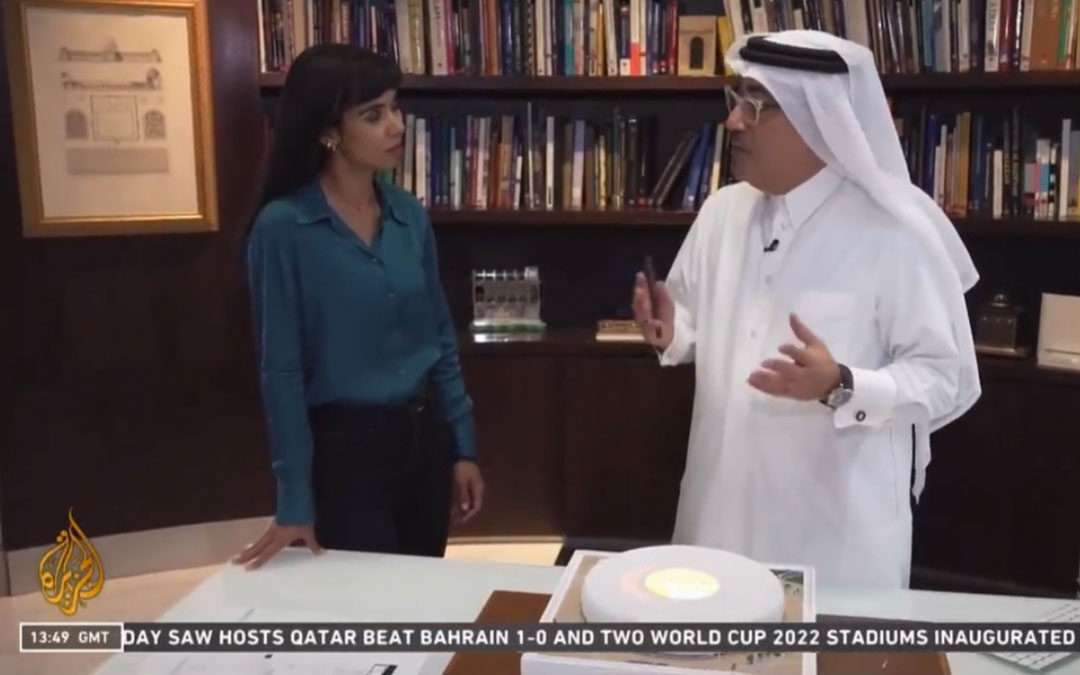 Our Group CEO and Chief Architect, Mr. Ibrahim M. Jaidah, was featured in Al Jazeera’s segment on December 2nd with the purpose of television coverage dedicated to sports and the Arab Cup. The segment highlighted Al Thumama and Al Janoub stadia, but also looked into the larger infrastructure relating to the world cup preparations, such as the new Doha metro and challenges of building these massive structures with as little disruption to the general population as possible.

In his conversation with the reporter Sara Khairat, Mr Jaidah discussed the design of the stadium and explained why cooling was one of the largest design challenges. It was acknowledged that Qatar has a very harsh and hot climate, hence making the idea into a functional and sustainable stadium was challenging, but not impossible for AEB’s architects and engineers. Al Thumama does not only have the most advanced cooling systems, but even in its design, there are openings which allow for natural ventilation and breeze to occur.